A new Mumsnet and Gransnet survey for the Internet Watch Foundation (a partner in the UK Safer Internet Centre) has uncovered the top concerns of parents and grandparents when it comes to children’s internet use, and lays out in detail how families in the UK approach concerns about children’s online safety, from aggressive trolling to child sexual exploitation.

When asked what worried or concerned them about internet use when it came to their own child, 78% of parents cited ‘being exposed to sexual imagery or pornography’, 75% cited ‘unpleasant or aggressive people, trolls and bad language’, 76% cited ‘bullying’, and 73% cited ‘violent imagery’. These concerns ranked above ‘grooming’ (cited by 69%) and ‘child sexual exploitation via video or photographs’ (61%).

The survey was commissioned ahead of the school summer holidays to raise awareness of child online safety. An Internet Watch Foundation (IWF) report from May 2018 highlighted the dangers of child sexual exploitation via livestreaming apps and described how legitimate internet platforms could be abused by offenders intent on contacting children. Parents and carers were warned that this could happen to any child who has access to livestreaming technology, so they should remain vigilant and know what technology their children are using.

Mumsnet founder Justine Roberts said: “As the summer holidays get underway, the truth is that unsupervised internet use by children is as unremarkable as unsupervised CBeebies watching; for many parents it’s the only way we can get anything done between the end of July and the beginning of September. It’s clear, though, that parents need more information about the risks of livestreaming, and guidance on how to address the issue with their children. Our survey shows that carers worry about almost every aspect of online activity which perhaps inhibits them from identifying and dealing confidently with the most serious threats.’ 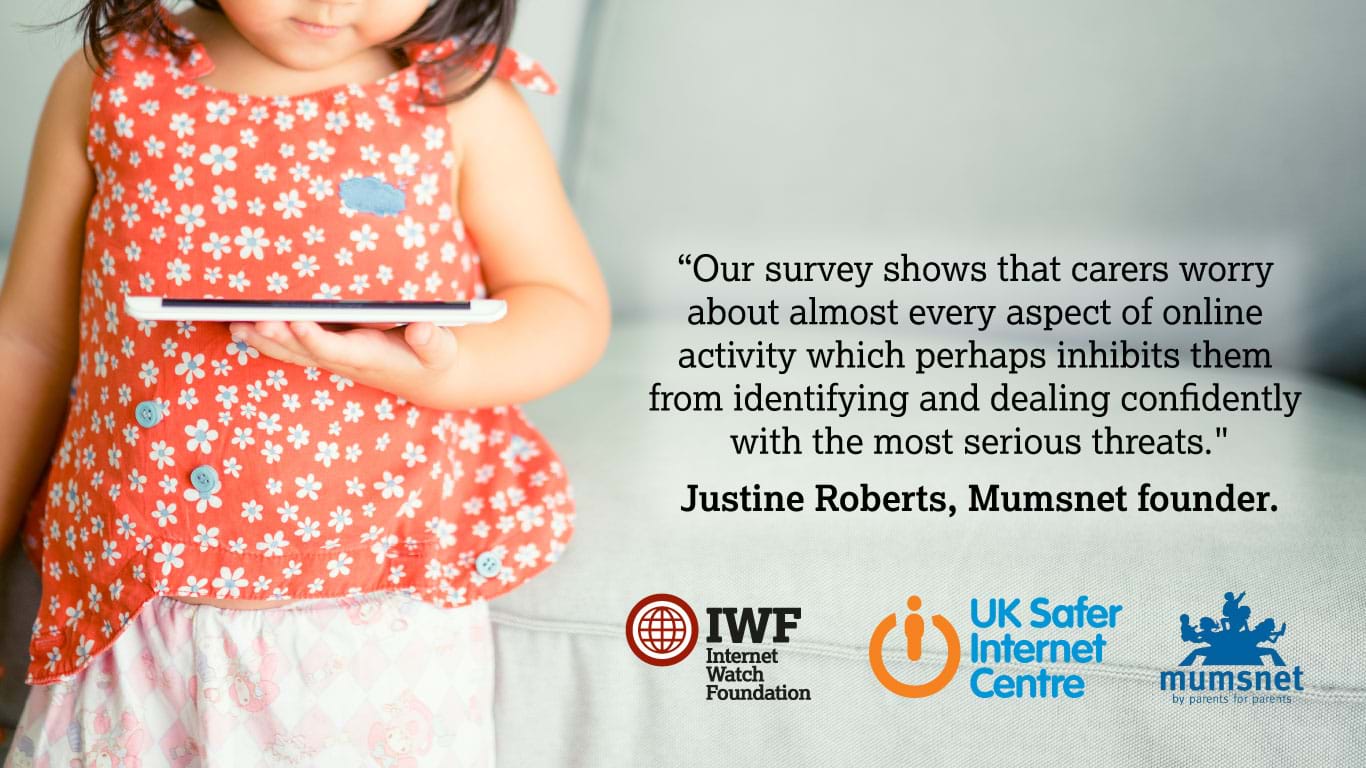 Susie Hargreaves OBE, CEO of IWF and a Director of the UK Safer Internet Centre, said: “Our report in May highlighted the need to raise awareness about online safety guidance for children, particularly where livestreaming apps are involved.

“The internet has great educational benefits for children, but like any technological tool it can be abused by offenders intent on harming children. Our role, as part of the UK Safer Internet Centre, is to help parents, carers and children stay safe online and just before the school summer holidays is the perfect time to share that message.”