There are calls for a greater focus on prevention as Europe “struggles” with the “horrible numbers” of child sexual abuse material hosted on EU servers.

On April 27, the IWF was in Brussels to celebrate the 25th Anniversary of the IWF and to discuss forthcoming EU legislation to tackle Child Sexual Abuse and Exploitation.

In its 2021 annual report, published on April 26, the IWF revealed 62% of all known child sexual abuse material (CSAM) was traced to an EU country in 2021.

Speaking at the event, Andrew Puddephatt Chair of the Internet Watch Foundation, told MEPs, Journalists, and other attendees, that the scale of child sexual abuse online is “way, way more than most ordinary citizens can imagine”.

He said the EU hosts the largest amount of illegal child abuse content globally, and warned that this is not just a problem of law enforcement.

“They can go for the worst offenders,” he said. “But you can’t arrest half a million men and put them in prison. We need to think about prevention. How to we intercept men and direct them towards therapy and help?

Mr Puddephatt said since its creation in 1996, the IWF has helped drive CSAM hosting in the UK down to less than 1% of the global total. If the UK can do this, he said, it shows it is possible elsewhere. 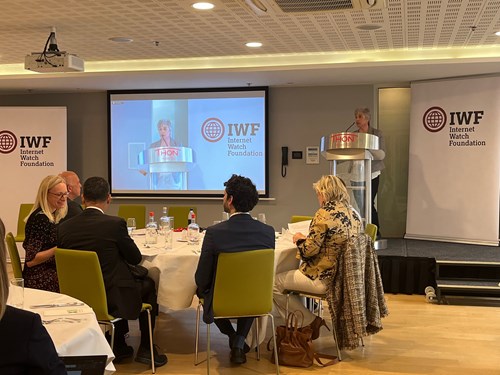 Susie Hargreaves OBE, Chief Executive of the IWF, said: “The internet has changed beyond recognition over the last 25 years. Last year we assessed more reports than in the first 15 years of our existence.”

Ms Hargreaves said when the IWF started talking about “self-generated” abuse, where children are groomed and coerced into abusing themselves via a webcam, no one would believe it.

She said this kind of abuse is now a “staggering proportion” of what the IWF deals with.

Professor Hany Farid, image analysis expert at the University of Berkeley, said the internet has a “phenomenal positive impact” on individuals, but it also creates harm in the form of exploitation.

Prof Farid said: “It’s not like Vegas. What happens on the internet doesn’t stay on the internet”. He said children are exposed to “powerful technologies” almost every moment of their young lives.

He said the average age of victims has gone from 12 years old to 8, with some victims only being a few years old. In addition to the initial abuse, he warned, the continued sharing and redistribution of images and videos on the internet adds to victims’ trauma. 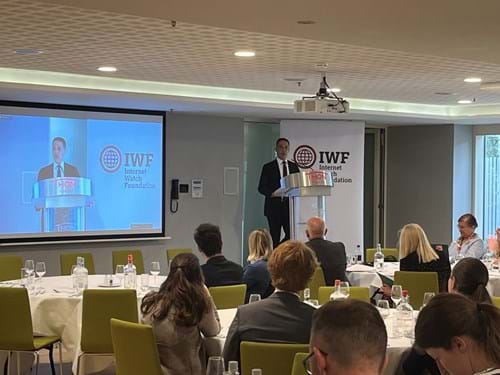 Prof Farid said there must be a balance struck between individual privacy and safety when it comes to end-to-end encryption.

He warned that end-to-end encryption could render CSAM detection tools like PhotoDNA “impotent” should it be brought in with no mitigating measures.

“We should have an honest conversation about the risks to children” while ensuring a vibrant internet that benefits everyone, he said.

Cathrin Bauer-Bulst, head of unit for the fight against cybercrime and child sexual abuse in DG Migration and Home Affairs of the European Commission, said the Commission’s strategy needs to take a “whole society approach”.

She acknowledged the growth of online child sexual abuse material is not simply an online problem.

Ms Bauer-Bulst said after the pandemic it’s clear we can’t police our way out of the problem. More solid prevention measures and education measures targeting children are needed.

Ms Bauer-Bulst said a new “prevention network” will help assess prevention methods’ effectiveness, ensuring measures are not being introduced “blindly” without checking whether they are working.

She said there also needs to be a solid criminal law framework in place which will help tackle issues like the proliferation of CSA manuals. She also said there must be a proactive approach to tackling CSAM. She said companies should be obliged to report detect and remove content. 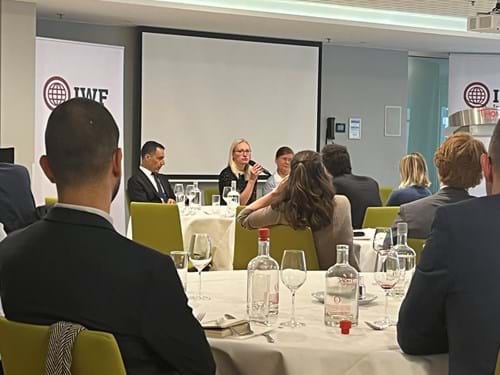 Ms Bauer-Bulst said in the “physical world” we teach children about traffic rules.

“We all recognise children need special protection,” she said. “Today the same is true for many online services.”

Hilde Vautmans MEP, Co-Chair of the European Parliament Intergroup on Child Rights, said upcoming legislation is a “great opportunity to do right by children”.

She said child sexual abuse and exploitation are among the most “heinous crimes”, and that The EU is stepping up as these crimes know no borders.

She acknowledged the numbers have “skyrocketed”, and that the EU accounts for a large proportion of the content hosted in the world.

Maria Castello-Branco, Vice-Chair of the Lanzarote Committee of the Council of Europe, said Europe is currently “struggling” with the “horrible numbers”.

She said the Ctte has a long list of recommendations, including ensuring the balance between privacy and protection of children, as well as on automatic detection of CSAM.

Asked about whether the adult industry can help fight the spread of CSAM online, Ms Castello-Branco said: “I think everybody is welcome in this fight.

“They have the knowledge and power to intervene. Maybe we should ask them to join us in this struggle.”