There has been a sharp rise in the year on year numbers of people in the UK seeking help from Stop it Now! to stop either their own viewing of online sexual images of children, or that of a loved one.

According to data released today, 36,443 UK people contacted Stop it Now!, a child sexual abuse prevention campaign run by child protection charity The Lucy Faithfull Foundation, in 2017. This represents a 40% increase on the 26,089 people who contacted Stop it Now! in the previous 12 month period.

A further 2,251 people called the anonymous Stop it Now! Helpline in the same period with concerns either about their own online behaviour, or that of a partner or family member.

The rise in numbers of people contacting Stop it Now! is partly explained by a campaign to tackle online viewing of sexual images of children, launched by Stop it Now! in October 2015. The charity released a series of films that communicate key messages to those looking at indecent images of children, or those tempted to start: viewing sexual images of anyone under 18 is a crime; it does great harm to the children in the images; there are severe consequences for those who view such images; and Stop it Now! offers help to those who want to stop. A new film, The Knock, has just been released. Based on insights given by previous offenders, it plays upon the constant fear of ‘the knock on the door’ experienced by those looking at sexual images of children. It also shows dramatically the moment when that fear of ‘the knock’ becomes reality as police arrive at the suburban home of an offender. The films have now been viewed over 20 million times; and over 69,000 people from the UK have visited the Stop it Now Get Help website since the campaign launched in October 2015.

As a result of the advice they received, callers and web visitors reported taking steps to control their behaviour, including stopping all internet or pornography use, installing controls and filters on devices and informing partners or family members.

One person who called the Stop it Now! Helpline and who has used the website’s self-help resources said: “I had no real idea of what to expect [when I called the Helpline] but that anxiety was quickly put to rest. The woman I spoke to recommended I access some of the modules on the Stop it Now! website. These helped me understand my behaviour better. I found out what triggers I have to offending, and what sort of things might be missing in my life that could be pushing me to do things I wouldn’t normally want to do…..Understanding that path is very important to choosing the right measures to put in place to never go there again.”

Stop it Now! spoke to a man arrested for downloading indecent images of children about the work he has done with Stop it Now! to address his online behaviour. He spoke under condition of anonymity and his words have been re-voiced by an actor. You can watch a clip from the video here.

Susie Hargreaves OBE, IWF CEO, said: “While these are shocking figures, it is encouraging to see how many offenders out there are wanting to get help and support to stop looking at illegal online images of child sexual abuse. In order to keep children safe, child protection organisations have to work collaboratively and The Lucy Faithfull Foundation is a fundamental part of this collaboration in the UK.

“We work closely with The Lucy Faithfull Foundation in our work protecting children from sexual abuse, and while the IWF works to remove child sexual abuse images and videos from the internet, the Stop it Now! campaign has proved to be incredibly effective in stopping offenders from continuing to access this content online, or preventing them from looking at it in the first place.” 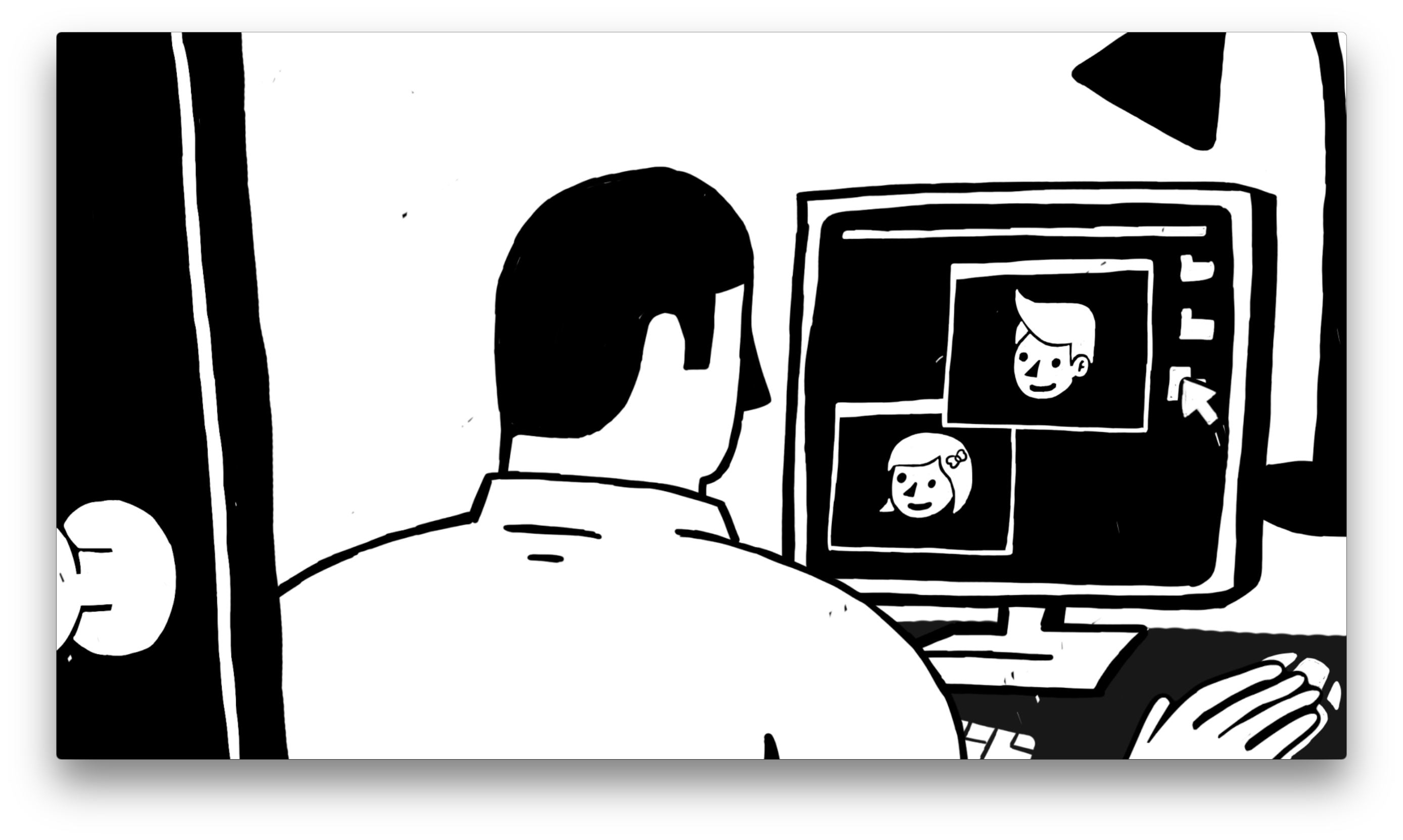 Police support for Stop it Now! work to provide help to stop looking at indecent images of children

According to the police, significant numbers of people in the UK are accessing indecent images of children. In October 2016, National Police Chiefs’ Council Lead for Child Protection, Chief Constable Simon Bailey, said that approximately 100,000 people in the UK were viewing and sharing online sexual images of children. In light of these numbers, the police have praised the approach of Stop it Now! to tackle demand for images by helping people to stop looking at them.

National Police Chiefs' Council Lead for Child Protection, Chief Constable Simon Bailey said: “Police forces are arresting more offenders who view or share sexual images of children online and protecting more children than ever before. However child sexual abuse cannot be countered by enforcement alone. It requires schools and parents to educate children to ensure they stay safe, as well as for technology and social media companies to take their responsibilities seriously in protecting young people online.

"Alongside the important role for education in raising awareness and a greater role for technology companies in child protection, it is also crucial that offenders who are yet to be arrested are given the opportunity to seek help.

"The Lucy Faithfull Foundation has a vital role in helping to ensure offenders and those who are yet to offend have access to the appropriate services to support them in preventing behaviour that causes harm to children and I am glad to see that more people than ever are coming forward to seek help for their behaviour.”

Tom Squire, Clinical Manager at The Lucy Faithfull Foundation, said: “Stop it Now! is determined to protect children from abuse and the devastating impact of having their image repeatedly shared across the internet. The best way to do this is to deter people from looking at these images in the first place, and to get those who are looking to stop.

“What our recent campaign shows is that you when you make people aware that help is available to stop, people will take up that offer of help. We work with many men arrested after downloading huge numbers of abusive images of children. Nearly all of them say they wish they had known sooner about the help that’s available to stop. So I’d urge anyone out there worried about what they are looking at online to get in touch - via the Stop it Now! Get Help website, or via our confidential Helpline on 0808 1000 900.”

Professor Tink Palmer MBE, CEO of The Marie Collins Foundation, said: "We support the work of the Lucy Faithfull Foundation and would encourage anyone who feels they need help to stop their offending to contact them as soon as possible. Every survivor we have worked with has told us that the continued viewing and sharing of their image only worsens the impact upon them. These are not victimless crimes and our work includes educating people about the devastating consequences.
"Sexual images are not only indecent, they are taken by force, coercion and abuse, and from that point on the person in the images has no control over what happens to them. The scars of that run deep and the impact can last a lifetime. We all have a duty to help stop it."